What is MR or Mixed Reality?

Mixed Reality or MR is the unique reality visualized when the digital and physical worlds meet to create an interactive and immersive environment around you. It could be considered an enhanced version of AR which gives better immersion.

MR provides the ability to visualize virtual/digital elements along with the physical space the user is in. The integrated hybrid environment thus created is immersive, interactive, intelligent and insightful, providing Context-Sensitive information immediately to the user. It enables the user to remain connected and move about in the real world with an experience that is augmented and enriched.

For example, while the user is the MR space, a virtual 3D modelled ball thrown in front could virtually hit the physical wall, bounce back, fall below with gravity and roll along the surface of the floor back to the user. MR requires the use of Holographic Goggles such as Microsoft HoloLens, Magic Leap One etc. to deliver this unique experience.

Fusion VR is one of the best Mixed Reality companies in India delivering effective mixed reality solutions to address your unique challenges. How is Mixed Reality (MR) used in enterprises today?

Mixed Reality technology is used today by enterprises in many different ways. Here are some mixed reality examples. Which Industries can take maximum advantage of Mixed Reality technology?

Proper identification of use cases and developing solutions appropriately is crucial. What is the future of Mixed Reality (MR)?

Mixed Reality applications will definitely transform the way we work, play and live in the 21st century! It will find greater applications in education, research, industry, safety and of course, entertainment. MR technology has advanced tremendously in the past few years. This is proof of its potential to be transformative in several functions.

The COVID-19 pandemic has accelerated the use of mixed reality and has enabled remote working, collaboration and assistance. This has become a necessity to ensure business continuity. More advances are only expected encouraging the business leaders to deploy this technology as accessibility increases and cost decreases for all industrial and commercial applications.

Mixed-Reality delivers immersive, scenario-based, experiential learning. Engineers and Technicians can be guided through step-by-step audiovisual instructions inside the Process Plant or Shop-Floor. This over-the-shoulder coaching minimizes the shortage of skilled labor by enabling efficient and error-free operations support and reduces call out times for maintenance through remote assistance.

MR transforms your employees into competent, confident individuals, inheriting decades of knowledge and experience in a short duration saving years of training time. Latest study indicates that AR implementation has immediately increased the Operations and Maintenance efficiencies by 40-65% and in some cases up to 90%.

Mixed Reality technology holds the promise to a smart future in manufacturing.
Fusion VR is India’s leading Mixed Reality solutions provider with the capabilities to fulfil that promise. 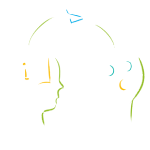